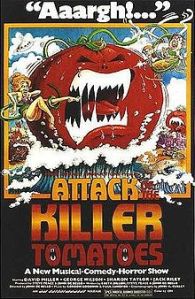 “Attack of the Killer Tomatoes” was guaranteed to be a perennial entry on numerous “worst movies ever made” lists even if a single frame of it had never been shot. The kindergarten-joke-book nature of the title ensured that it would be an easy target for the likes of Michael and Harry Medved’s “Golden Turkey Awards” and other fans of “so bad it’s good” cinema. Everything you need to know about what kind of a movie this is can be found right there in the title, so it wouldn’t be too surprising if a lot of the people who rank it up there with “Plan 9 From Outer Space” actually haven’t seen it. To say “Attack of the Killer Tomatoes” is one of the “worst movies ever made” only indicates that you need to see more movies.

Of course, “Attack of the Killer Tomatoes” is not a good movie, but calling it a bad movie is missing the point. It is an extraordinarily silly movie. In terms of how hard it works for laughs it doesn’t so much shoot fish in a barrel as it drains the barrel, shoots the fish once they stop flopping, puts the fish back into the barrel, and then shoots them again. To say that this movie goes for cheap laughs is giving it too much credit – it stands outside the bus station and begs for laughs with a tin cup. It gets enough to end the day with a cup of coffee, at least. 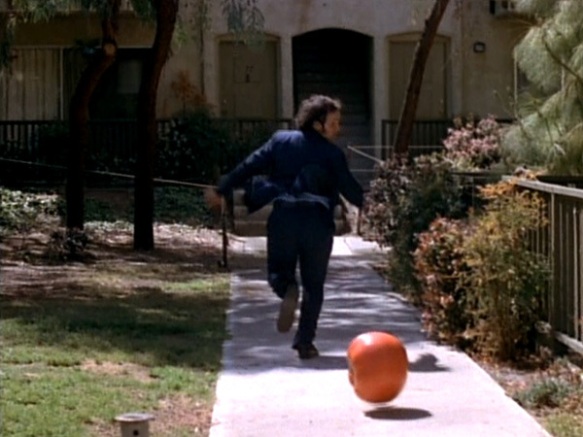 Tomatoes have started killing people across the country, as the movie begins, and the government is trying to respond to the crisis. The president puts special agent Mason Dixon on the job and gives him a crew of specialists to investigate. The movie’s no-joke-too-easy philosophy is best embodied by the team’s disguise expert, an African-American man introduced dressed as Adolf Hitler. Whether or not the idea of someone believing a black man is really Hitler is funny to you will predict how much you enjoy the rest of “Attack of the Killer Tomatoes.” 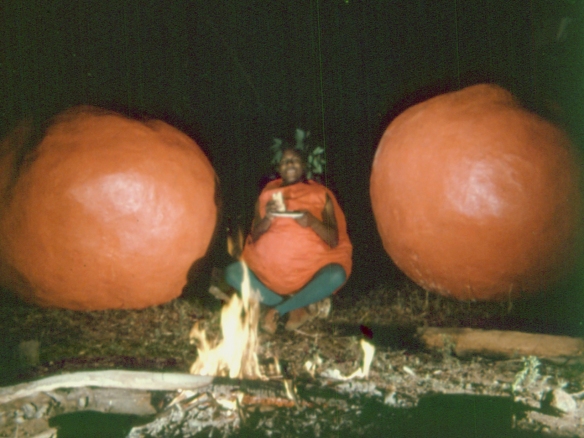 Although the movie’s early going features a lot of tomato-based mayhem, including a “Jaws” spoof using floating tomatoes, the tomatoes end up taking a back seat for most of the proceedings. That’s so we can laugh at things like a Senate subcommittee boring itself to sleep while discussing the tomatoes and some wacky misunderstandings between one of Dixon’s agents and a reporter named Lois. Wasn’t there a movie about a comic book character that also came out in 1978? If you know the answer, congratulations, you just wrote a joke for this movie.

While all of this is going on, there’s also a subplot about the president’s press secretary working with an ad agency to create a public awareness campaign. This doesn’t do anything but provide an excuse for some jokes about the Carter administration and one of the movie’s three musical numbers. The press secretary turns out to be either working with the tomatoes or responsible for the tomato uprising in the first place – it wasn’t made explicitly clear and doesn’t matter, anyway. Dixon learns the tomatoes’ Kryptonite is a popular song called “Puberty Love” and leads an effort to lure all the tomatoes into a football stadium to kill them with the song. The plan works, the now-powerless tomatoes are crushed under foot by a mob that appears to include the San Diego Chicken, and now the stage is set for carrots to make their move against mankind. 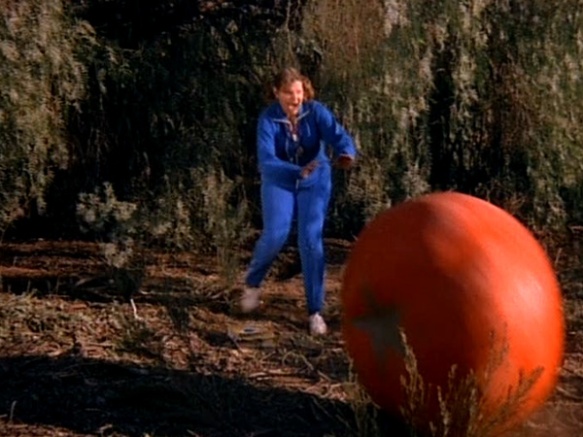 “Attack of the Killer Tomatoes” is far more likely to inspire groans than laughs, but the movie’s go-for-broke attitude actually works on more than one occasion. Made in the wake of “Kentucky Fried Movie” and just two years before “Airplane!” “Attack of the Killer Tomatoes” comes much closer to the Zucker-Abrahams-Zucker blend of subtlety and schtick than a lot of other, more-polished comedies have, and there are more than a couple of times where its willingness to go as broad as it can works to its advantage. The fact that one of Dixon’s agents arrives via a parachute he never removes is funny most of the time, as is the bit where the disguise expert blows his cover among the tomatoes by asking for ketchup for his burger. When one tomato avoids the killer song by wearing gigantic earmuffs, Dixon thwarts it by showing it the sheet music. There’s a fine line between stupid and clever, a wise man once said, and although “Attack of the Killer Tomatoes” never strays far from “stupid,” it manages to touch the line with its toe once in a while.

Made on the cheap by a group of friends from the University of California San Diego using a lot of on-campus locations, “Attack of the Killer Tomatoes” must have been a lot of fun to make. But the end result is a loose, sloppy “dad joke” of a movie that would seem much more impressive if it were the product of a junior high filmmakers club. Having spawned three sequels, endless discussion about its status as “one of the worst movies ever,” a Saturday morning cartoon, and all the associated merchandising, it’s a sure thing more people have heard of “Attack of the Killer Tomatoes” than have ever seen it, and maybe that’s the best way for it to continue to exist.